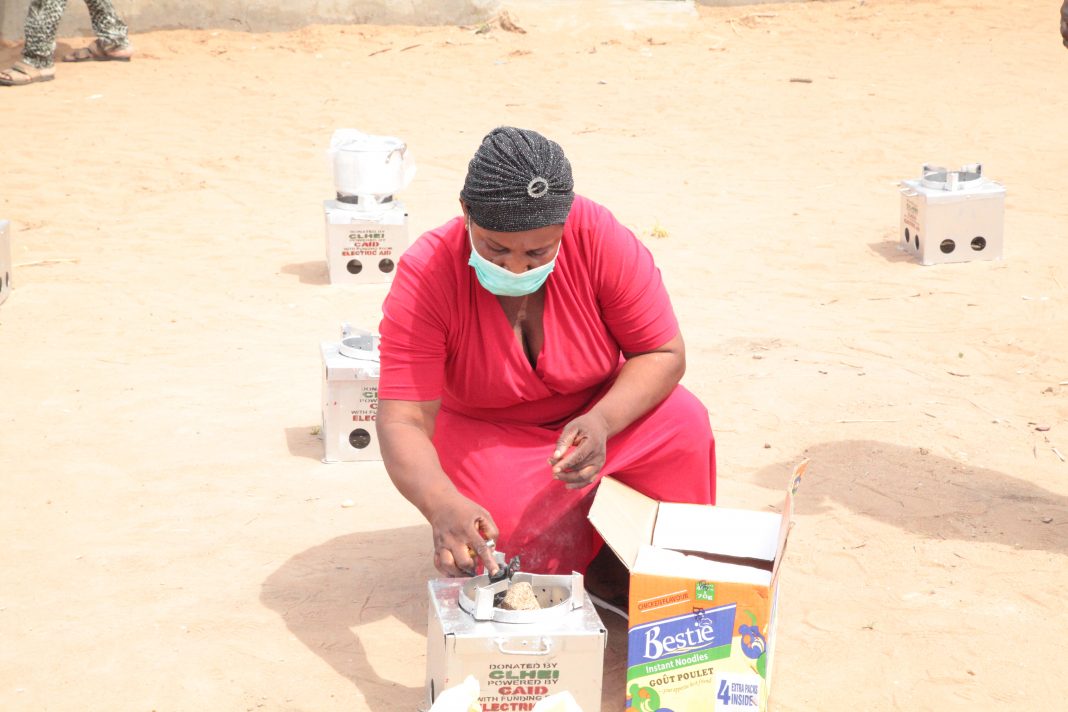 This project was a six (6) months intervention carried out in Abagena (Makurdi) and Daudu 1 IDP Camp (Guma) to provide for alternative power supply (solar light) in the camp to help illuminate the camp especially at night. It also provided for the direct beneficiaries (IDPs)
alternative cooking mechanism (fabricated cooking stoves) to reduce the risks and abuse faced by IDPs in search of firewood for cooking in faraway hinterlands around the host
and bordering communities. CLHEI was the lead implementing partner with support from Christian Aid (CA) and powered by Electric Aid (EA).

Before the intervention, IDPs living in Abagena IDP Camp have been in total darkness during the night hours. Consequently, this had resulted in security challenges such as theft and abuse where people from outside the camp sometimes sneak into the camps unnoticed and take away properties belonging to the IDPs, without their consent. There were also cases of immorality and indiscriminate defecation around the environment of the camp. Due to the dark environment, there were cases of snakes and scorpions roaming the camp without been sighted due to the dark corners of the night.

The security personnel working in the camp would always complain of not been able to see through further distances unless they would have to move at a close range which does not speak for effective and efficient security strategy. In a bid to harvest firewood from the farmlands of members of host community, the IDPs sometimes suffer some form of abuse and humiliation by some members of the community who sometimes seize the firewood from the IDPs with accompanying insults and quarrel. The displaced women at one point or another have also suffered some level of sexual abuse and assaults with their encounter with herdsmen during their search for firewood for cooking. Also, with the use of firewood, the IDPs find it difficult to cook especially when it is raining, due to the fact that the firewood cannot be used inside the limited space available indoors.

A study of the baseline survey indicated that light and firewood for cooking stood out as basic challenges that the IDPs faced in the camp and which the government or other organizations mobilizing relief for the IDPs in the camp have not been able to provide. Therefore, in order to provide needs based intervention, CLHEI decided on provision of alternative power supply and which the organization procured and installed 12 solar lights in Abagena IDP Camp located in Abagena Community in Makurdi LGA of Benue State.

In order to reduce the challenge faced by IDPs in the course of searching for firewood for cooking and to further contribute in the advocacy for the reduction in deforestation and falling of trees with its attendant effect in climate change and greenhouse effects, CLHEI initiated the idea of locally fabricated stoves that will utilize rice husks as the basic source of energy for cooking. This was borne out of the idea to reduce total dependence on firewood with its daunting effect on the environment and challenges encountered by the IDPs in the search of firewood in the bush. Consequently, CLHEI donated 60 fabricated stoves to 60 IDP households living in Abagena IDP Camp.