COMMEMORATION OF WORLD “NO ALCOHOL DAY” 2021 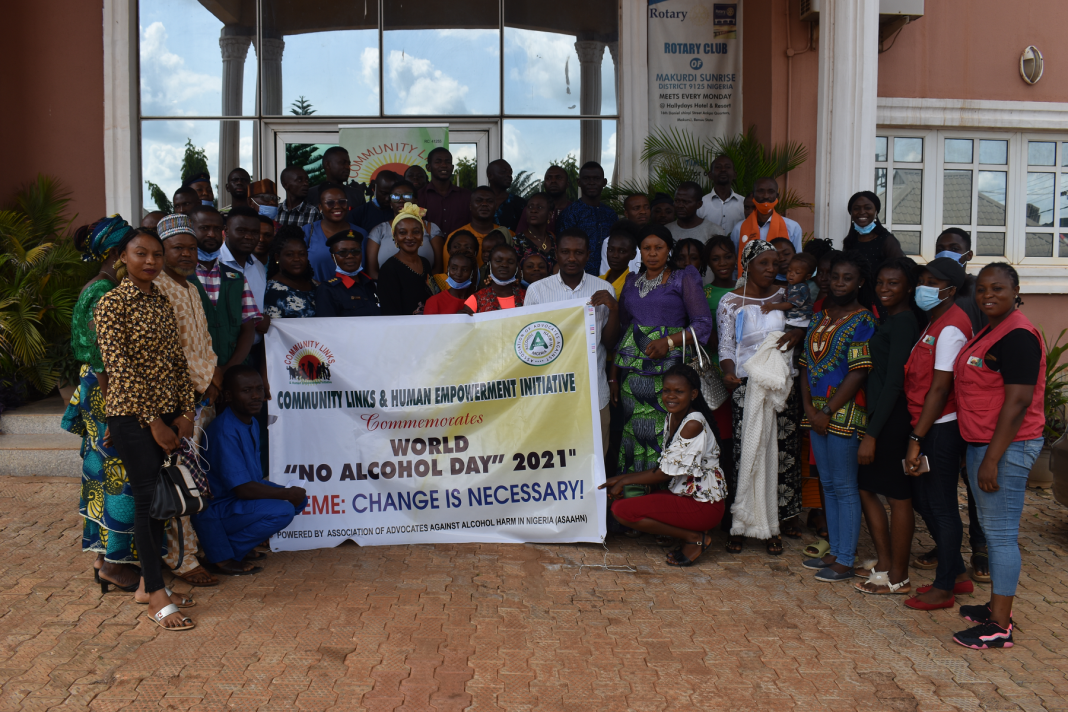 World No Alcohol Day is annually celebrated on 02 October along with the International Day of Non-violence, in most communities in India and the rest of the world. The day is observed on the birth anniversary of Mahatma Gandhi who is also known as the father of the nation in India. World No ALCOHOL DAY is marked every 2nd October, drawing attention to the risk of alcohol abuse.

CLHEI commemorated the “WORLD NO ALCOHOL DAY” 2021 with support from Association of Advocates Against Alcohol Harm (ASAAHN) in Makurdi on the 02 October, 2021 with the theme: CHANGE IS NECESSARY!

Activities for the day began with a Talk show on Radio Benue Makurdi (95.0 FM) by 9:00am, and continued by 12:00pm at Hallydays Hotel with a Focus-Group-Discussion. The interactions were focused on the subject: The Socio-Medical Harm of Alcohol Consumption; a link with GBV. The objective was to expose the Socio-Medical harm of alcohol with a link to Gender Based Violence (GBV) in Benue state

Below are the pre-situation report before the activity:

The goal of the activities which was to emphasize the need for Socio-Behavioral Change in consumption of alcohol in Makurdi Benue state was met, and below are the data & Outcomes recorded:

Below are picture excerpts from the days activities: