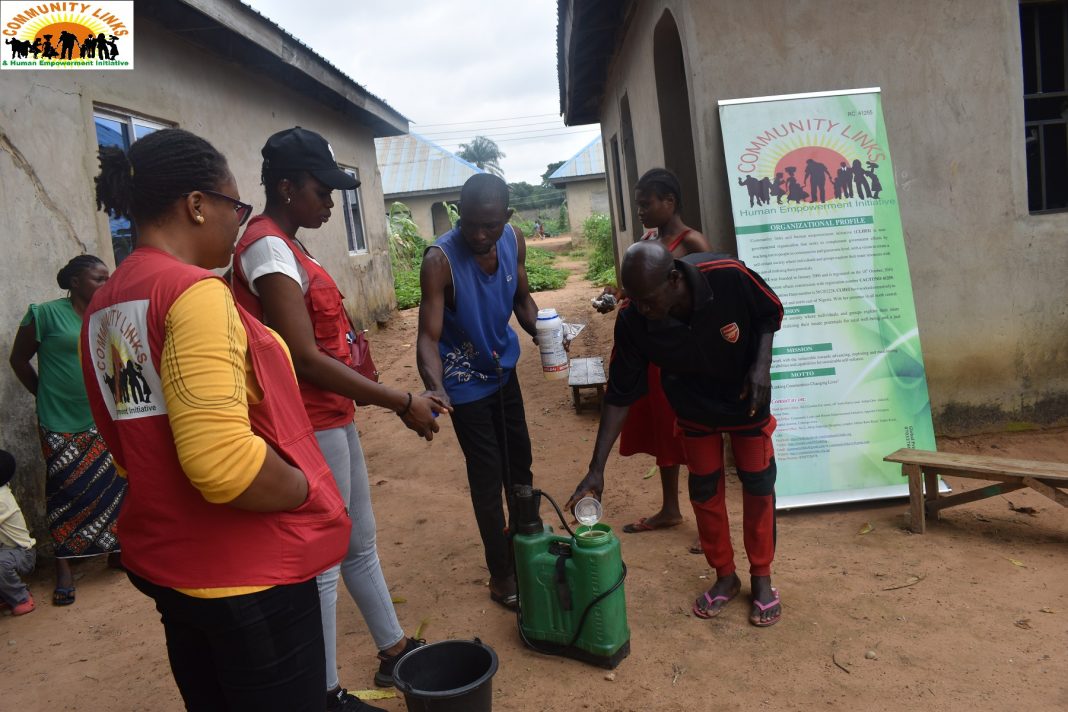 A volunteer from Community Links and Human Empowerment Initiative (CLHEI)by name Mrs. Mabel Ape on the 29th September, 2021 implemented her pet project with the goal to reduce the incidence of malaria outbreak in Nepa Quarters IDP Camp, Makurdi, Benue State.

Before this pet project, the IDPs had serious issues of malaria outbreak as their buildings had no windows and thus exposed them to mosquito bites.

The project was then designed & implemented in two parts; first of which a sensitization was carried out on preventive measures of mosquito infestation and referral pathways for improved access to healthcare services, and then lastly, their shelters (buildings) were fumigated and the surrounding bushes sprayed with herbicides.

Below were the objectives of the project:

After carrying out the project successfully, the following key activity output was recorded:

In follow up plans, recommendations are been made to fix windows & ceilings for these shelters and provide mosquito nets for the displaced population taking refuge at Nepa Quarters IDP Camp, Makurdi, Benue State, Nigeria.

CLHEI calls on the Ministry of Health to support her mission to provide treated mosquito nets to these IDPs, and well meaning individuals & donors to help fix windows & ceiling on those to prevent malaria infestation.